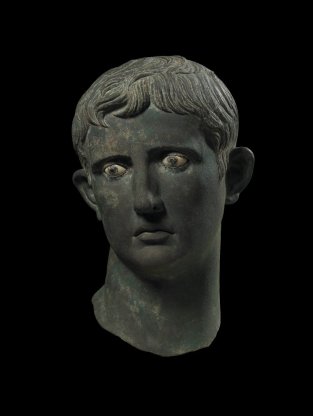 It’s hard for me to say that I have a favourite art object from the ancient world, but one which I come back to somewhat regularly is the head of Augustus (27-25 BCE) from Meroë which is now in the British Museum. This is a striking example of a phenomenon which occurs so much with objects (and texts) from antiquity; an act of ancient destruction ironically preserves the artefact into modernity. Strabo (17.54) tells us that in the Roman period, statues of Augustus were erected in Egyptian towns near the first cataract of the Nile at Aswan and that an invading Kushite army looted many of them when they raided Roman forts and settlements in Upper Egypt in 25 BCE. Most were later returned as a result of negotiations between the Meroitic Candace (Queen) Amanirenas and the Roman general Gaius Petronius. This bronze head from an over-life-sized statue of Augustus was excavated from under the step of a shrine of Victory in the Kushite city of Meroë. It is thought to have been ritualistically placed there after the head was deliberately removed from the rest of the statue, as a symbol of Meroitic victory over Rome. The history of this object documents a history of defiance. And the x-rays are totally creepy. See more images from the British Museum.

Here are curators in the British Museum with the Meroë head. This @guardian article describes how the head was part of a recent exhibition at the British Museum on dissent. Including a plan to replicate the destruction by smashing up the museum floor! https://t.co/te4zewX3Ty pic.twitter.com/k95bsUrRxG

Modern. This week we’ve been playing the newly released Outer Worlds. We’re only a few hours in because, as elder- and middle-aged-millennials, we find ourselves too tired after our day’s work to be able to focus for very long on our beloved video games. As I play, Outer Worlds makes me think about some very dear favourites: the suite of companions and the resulting cross-chatter calls to mind the Bioware games I love (the original Mass Effect trilogy and Dragon Age: Inquisition in particular); the layout of the Unreliable resembles the interior of the Serenity from Firefly (and there are correspondences between the crews: e.g. Parvati/Kaylee; the presence of a priest-figure: Vicar Max/Shepherd Book); and, of course, the visual aesthetic, sound design, game design, and textual components of the Fallout games. (Although, I will say this: while Fallout games felt immeasurably vast, full of adventure, Outer Worlds feels small; deliberately, claustrophobically small.) The moon-headed Spacer’s Choice person reminds me of Futurama’s moon-headed Luna Park person (“Craterface“); which itself recalls the Man in the Moon in Georges Méliès’ Le Voyage dans la Lune (1902).

I can't be the only one thinking this, can I? pic.twitter.com/bGrzmwlJU7

I’m sure it has been said before that some video games function like literature. In Classics, we regularly talk about literary intertextuality: i.e., when one text draws (usually consciously) on a prior text. Ovid’s Metamorphoses 14.814 is a verbatim verse of Ennius’ Annales 54 (Skutsch; cf. Hinds 1998: 14-15), consciously pointing out the fact of allusion in the act of making it. This is indeed how Stephen Hinds in the famous Allusion and Intertext (1998), introduces textual reflexivity (p1):

“…alluding poets exert themselves to draw attention to the fact that they are alluding and to reflect upon the nature of their allusive activity. Certain allusions are so constructed as to carry a kind of built-in commentary, a kind of reflexive annotation, which underlines or intensifies their demand to be interpreted as allusions.”

It strikes me that this recursively citational mechanism is something that also happens in video games, but we don’t usually name it as a good thing. Too much of a precursor in your game makes you derivative, not a cleverly tongue-in-cheek auteur who knows well what came before and is trying to outdo, or signal respect towards, the past even in the act of alluding to it. What I’m trying to say is that the intertextuality of video games is an inherently interesting thing. Reframing the relationship of games to one another within the context of  literary intertextuality allows us to observe a conscious response to how culture is absorbed and redeployed. Sci-fi has the tropes which belong specifically to itself, and so new artefacts in the science fiction genre will have to deal allusively with that enormous baggage: sifting out which references to forefront, which to reject. The sampling and referential nature of Outer Worlds has invited me to reflect (pleasantly) on how video games build on and subvert one another, as well as the broader traditions which inform them. There’s another dynamic here as well: yes, games take stories from precursors; they also take mechanics. If one game has pleasing and satisfying play, then another might adopt parts of that gameplay not only as an allusion, but an acceptance that the embodied nature of play is moving in one direction over another, based on user experience. Citationality is an operative part of video game design, and when it’s done well it can be very good indeed.

Daily Life. I started my little lending library in my office! I will be adding so many more books soon. 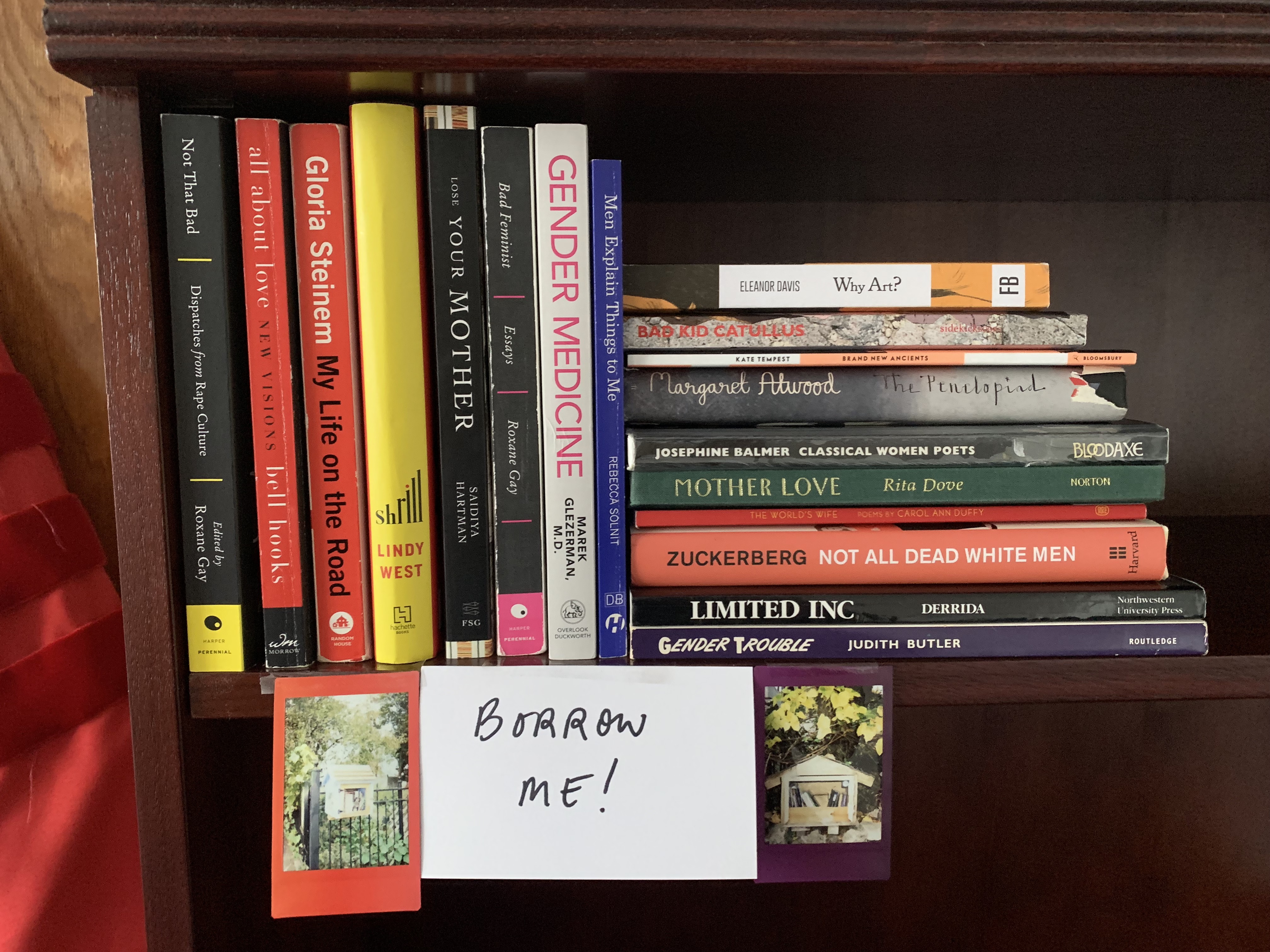