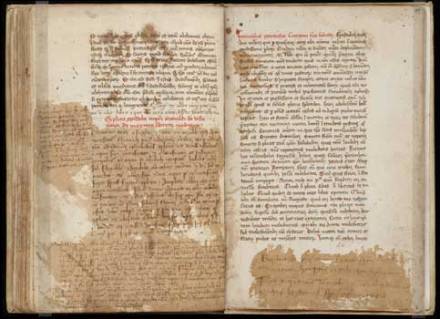 I have mixed feelings about the genre of biography. I read recently that as a boy Napoleon used to hide away in the library of the Royal Military school of Brienne-le-Château and read the ancient biographers (Roberts 2015:12). His favourites were Plutarch’s Alexander the Great and Julius Caesar. This is not exactly a surprising thing to read about Napoleon – his early obssession with Caesar never left him. In March of 1790, for example, as Napoleon was writing his own history of Corsica, he spent his evenings rereading passages of Caesar’s Bellum Gallicum, and committing pages of it to memory (ibid: 31).

It is precisely the image of Napoleon obsessing over Caesar that makes me uncomfortable about biography. Biography seems to me to generate a feeling of either veneration or voyeurism in its readers, and I find it hard to reconcile this with a scholarly mindset. In certain places and times, the lives of famous men were written precisely to be emulated. But I want to believe that we’ve made it past the need to study “great men” precisely because of their “greatness”, which usually has more than something to do with imperialism, colonialism, or cultural chauvinism. But the fact is that these texts which we use were made by people with personalities and lives – and there’s something to be said for trying to find a satisfying way of discussing that fact without falling into fanaticism.

So when a colleague of mine asked if I would come and speak to her Ancient Lives class about Cicero, I couldn’t resist the opportunity to think through these ideas with her students. This particular class had been asked to read Plutarch’s Life of Cicero, specifically Rex Warner’s 1958 translation with Penguin, given notes and introduction by Robin Seager in 1972. As it happened, the students in this class had never really encountered Cicero before, and their first exposure to him was through Plutarch’s biography. The idea of encountering a figure like Cicero for the first time through an intermediary was interesting to me. We have so much extant Cicero that Cicero usually speaks for himself. When Shackleton-Bailey wrote his biography of Cicero in 1970, he chose essentially to allow Cicero to speak for himself by quoting huge swathes of text from Cicero’s letters, interspersing these translated passages with the biographical narrative. Since at least John Dugan’s Making a New Man (2005), Ciceronians and classicists generally have been pretty comfortable with the idea of rhetorical “self-fashioning” – that is to say, we know that Cicero was always reworking his image in his literary publications, and as a result we know that we have to be careful at taking certain things which Cicero says about himself at face value.

And so, given the size and complexity of the Ciceronian corpus, it’s interesting to have an ancient account that makes Cicero a singularity using the sources which we still have, as well as the ones which we will never even know we’ve lost. But although Plutarch puts Cicero in the state of being an object, objectivity is not really the aim of biography, nor is it the outcome. With Plutarch, we get an ancient opportunity to reflect on Cicero’s self-representation and how that representation was received by an audience which is already historically removed. We have something in common with Plutarch, in that he also only had Cicero in a textual form. I asked the students to consider Petrarch’s shock at uncovering Cicero’s letters in 1345 and his inability to reconcile the spirit of philosophy with the grimy reality of his being a human person. “It is true, Cicero,…that you did live as a man, you did speak as an orator, you did write as a philosopher. It was your life with which I found fault,” (De rebus familiaribus 24.4). This is a nice example of the disjuncture which biographical knowledge (if you can call it knowledge) introduces; that faith can be rescinded from an author whose text is venerated due to his biography begs for an assessment of what one should be doing with the text in the first place. I asked the students also to consider Theodor Mommsen’s 19th c. criticism of Cicero as cowardly and constitutionally indifferent for his execution of the Catilinarians. Both Petrarch and Mommsen were reacting against Cicero in worlds where the lives of the ancients were to be venerated and taught as examples – their disappointments and disgust in Cicero were still essentially rooted in a biographical view of this figure, even if that view was still developing.

Further reading: Ironically, my readings on Napoleon come from an (excellent) biography of Napoleon by Andrew Roberts. This irony accounts for my initial comment about having mixed feelings regarding biography. As for responses to Cicero in the Renaissance and the 19th c., there are good chapters by David Marsh and Nicholas Cole in the 2013 Cambridge Companion to Cicero.

One thought on “Notes from the classroom: Cicero and the genre of biography”