Ancient. This week, BU hosted the annual Classics day for high school and middle school students from the Boston area, with workshops on different aspects of the ancient world. The theme this year was ancient time, and so I did a workshop on time keeping devices in Rome. We talked about the ham sundial from Herculaneum, the so-called ‘Horologium’ of Augustus, and a 4th c. lunar calendar. I had the students recreate these devices in clay and paper to get a sense of how they worked. Afterwards I posted a thread detailing my workshop on twitter, including pdfs of the materials in case anyone wants to use them for a workshop of their own (pdf of the handout | pdf of the printout). Some twitter users tagged it with the unrolling Thread Reader App, so you can read the thread in the resulting blog format if you wish. I wore my “petrify the patriarchy” shirt from wire and honey for Classics day and received lots of compliments!

Ok here's the thread recap of my workshop with the Boston area high schoolers today. I talked about three Roman time keeping devices, and then had them make replicas to see how they worked. pic.twitter.com/IECIuG7rku

Modern. After sleeping on it for way too long, I’m finally watching The Marvelous Mrs. Maisel. Although I came to Amy Sherman-Palladino’s earlier work, Gilmore Girls, late in life, when I did discover it, I fell deeply in love with it (one time, when we were still living in LA, we saw Keiko Agena outside of iO West, which is closed now). As much as I’m enjoying Mrs. Maisel, I find myself bothered by one of the characters. Midge Maisel’s father, played by Tony Shalhoub, is a professor of mathematics at Columbia. He’s an older man, and he’s “curmudgeonly.” There’s only one student in his maths class that he thinks is any good, and he says so. His students are DESPERATE for his approval. They try out new references to impress him. They follow him around in a pack. When things start to go wrong at the university, the dean tells him: “You’re a brilliant mathematician, but an uncooperative colleague and a very poor teacher.” There are a lot of interesting touches of modernity and anachronism in Mrs. Maisel, set in the late 1950s. The fact that the state of his teaching would be a concern to the scholarly community may number among them.

I found myself being bothered so much by this character, despite Tony Shalhoub’s deep charm (let’s face it, Shalhoub is a national treature), that I had to take a moment to think about why and excavate my emotional response. It’s not the character, really, that I have a problem with, but the trope that it draws upon. Shalhoub’s character, the proud patriarch in crisis, is supposed to be flawed, supposed to be fragile. Depicting professorial grumpiness is a vehicle for this character’s essential nature. But, evidently, I’m bothered by the “professor” stereotype. Sometimes when I’m at academic conferences, I see younger men wearing tweed, bowties, thick-framed or horn-rimmed glasses, as though this were the uniform of the intellectual. This was the contemporary style of dress for the older generation of gentlemen who have now become the senior scholars in our field, but for those men these clothes were just clothes, not a costume. (Well, maybe the elbow patches were an intentional display of identity then too.) The idea that there is a specific scholarly aesthetic implies that there is also a specific scholarly behaviour. Say, curmudgeonliness. Or torturing your students.

Education has changed. What we think education is for, who can receive an education, who can do the educating — all those things have changed. We do so many things today that a professor of the 1950s would never think of doing, may even have been incapable of doing. Scholarship over time has opened itself to new ways of thinking. Scholarly personnel is more varied. We need even more new ways of thinking and we need to open our doors to even more people. The potential to do intellectual work was never limited to one kind of person, but for decades the scholar was basically one kind of person. That’s not the case anymore. Yet the stereotype remains. Scholarship and intellectual life is a practice, not a costume.

Excerpt. Ursula K. Le Guin 2019: 5: “All of us have to learn to invent our lives, make them up, imagine them. We need to be taught these skills; we need guides to show us how. Without them, our lives get made up for us by other people.” 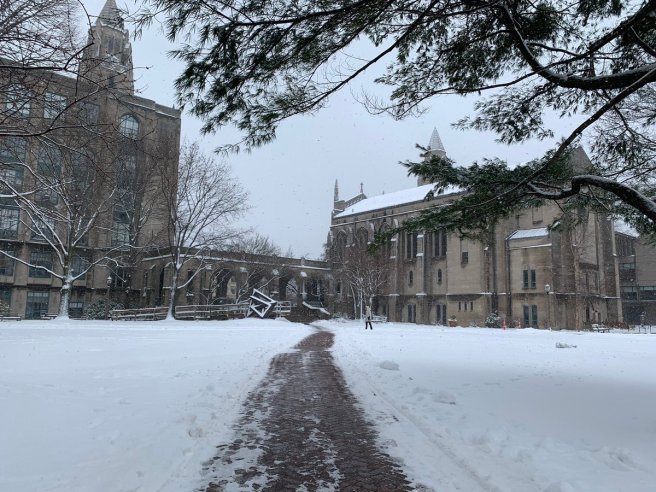