Ancient. This week I was up in Maine visiting the Classical and Medieval Studies department at Bates College. On Thursday (30th Jan. 2020), I talked about my primary research interest right now, Cicero and the Latin poets (I’m finishing up a book on this); on Friday (31st Jan. 2021), I talked about digital approaches to teaching. Handouts below:

So happy to have spent some quality time up in Maine with one of my favourite scholars and closest friends, @infamisvarillus. Bates, you were fabulous! pic.twitter.com/iypsGrWENs

Modern. I can understand why “the digital” as category sometimes seems so distinct from the world of humanism or humanistic inquiry. But investigating the digital within the framework of the extensibility of human embodiment immediately complicates this view. Digital humanists (this term, to some, is tautological; to others, self-negating) often emphasize the essential continuity between established forms of intellectual work and the capacities of contemporary digital techniques; as Eileen Gardiner and Ronald Musto (The Digital Humanities; 2015: 2) write:

…everything from the scholar’s desk and shelves, study, studio, rehearsal and performance space, lecture halls, campuses, research institutes and convention halls can also legitimately be considered environments. Yet in many ways these new digital tools carry on, in analogous ways, the same functions of traditional humanities. Is the very computer upon which humanists rely so heavily still a tool, something akin to their medieval writing tablets?

Digital techniques build upon traditional humanistic practices but also develop them; Sarah E. Bond, Hoyt Long, Ted Underwood (“‘Digital’ Is Not the Opposite of ‘Humanities‘”; 2017):

Much of what is now happening under the aegis of digital humanities continues and expands those projects. Scholars are still grappling with familiar human questions; it is just that technology helps them address the questions more effectively and often on a larger scale.

“Digital humanists”, who spend so much time theorizing their own relationship to classical traditions and contemporary technology, are often met with knee-jerk reactions by those who have not taken the time to situate their own intellectual complaint. It all brings to mind Ursula K. Le Guin (I keep coming back to her), who regularly drew attention to the fact that her critics could not get past the genre of her writing to grasp the meaning of its content. At face value digital projects can have an alienating effect on traditional sensibilities, but when we dig deeper we quickly see that the intellectual processes required for such work are just as complex and interesting as the standard products of scholarship. I have written elsewhere about how teaching with digital techniques encourages students to sharpen analytic skills and deepen their intellectual commitment to research.

Anyway, returning to the embodiment part in all this. Technology is absolutely bound to the human body; formed for human use, imagined as an extension of human manipulation (in a literal sense of manus, i.e. ‘hand’) of reality. While contemporary technology sometimes feels so seamless as to be invisible to our own theorization, looking at older artefacts in digital history makes this incredibly clear. Take, e.g., the Philippe Henri’s (1984) “Cadavres Exquis / Exquisite Corpses.” This is a program for a computer generated poem: i.e. Henri wrote the code, but the actual poem was “written” when the program was run on a computer; and indeed rewritten anew each time the program was run. The code was circulated on paper (see the slide below: from Nick Montfort’s [@nickmofo] lecture at BU last year, “Translating Computational Poetry” — watch a video recording of the lecture here); and in order to run the program, a human being had to type it by hand into a specific computer, the TRS 80.

“Cadavres Exquis”, which is only one e.g. of a whole genre of computational poetry, very clearly demonstrates the entanglement of technology with the essences of humanity, not just the body, but indeed the “soul” (if such a dichotomy is even truly real). The human spark which invents the poetry; the human body which materializes it; the technological body (i.e. the computer) which extends that invention and materialization.

When I found out about this example of entangled text and technology from Nick Manafort’s talk at BU, it immediately made me think of the contemporary emulators used to play old video games on modern computers; i.e. programs which simulate the hardware of the N64 so that you can play Ocarina of Time without having to use the physical tools required in 1998. Such digital reconstructions (if that’s even the right word) have a preservative effect, but they also make me think about the relationship between my own body and the console at the time when the game was originally released. Sitting cross-legged on the floor of the attic, holding a controller (that was physically attached to the console – lol!), blowing the dust out of a Goldeneye cartridge. There are so many structural similarities between our relationship with these modern artefacts, and the historical processes which we study; the reception and reconstruction of ideas from antiquity to modernity. The relationship between text and context. The social and embodied nature of textual production.

Excerpt. Elizabeth Marlowe (@ElizMarlowe) Shaky Ground (2013: 9): “Many archaeologists follow the thinking of Paul Kristeller, who suggested that ‘art’ as we know it wasn’t invented until the eighteenth century. According to this view, notions of pure, historically transcendent form slide perilously close to deeply suspect ones of ahistorical universal beauty. Ancient objects should instead be understood as manifestations of ‘visual culture’ or ‘material culture’ — the understanding of which depends heavily on context. In this and in much of the recent literature, the binaries are conspicuous: archaeology vs. art history, academia vs. museums, context vs. form, artifact vs. art, history vs. beauty, resonance vs. wonder.” 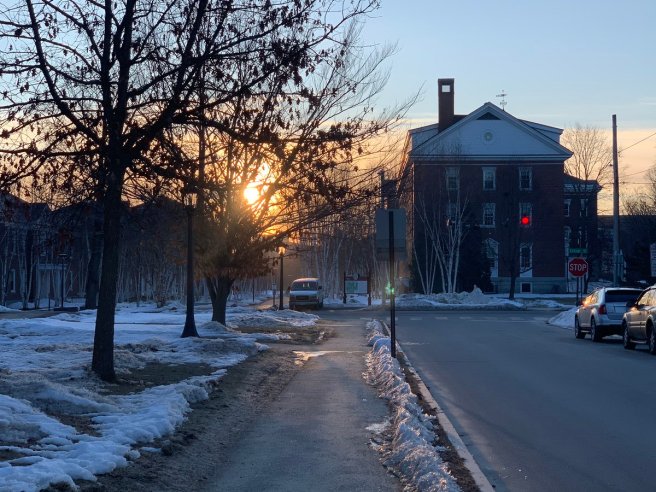